The Market Edge Package™ helps you build equity from the sale or purchase of your property, whether it be a house, condo, or loft, while investing in your future. Created by Chestnut Park’s Marian Keriakos, a Toronto real estate broker with an education finance and marketing, The Market Edge Package™ is for individuals who are looking for real professional business and market expertise in making one of life’s biggest purchases and investments.

“I work primarily with successful business professionals who want a lot more from their Toronto real estate agent” says Keriakos. “My clients are time-stretched and have a hectic lifestyle. They are looking for exceptional market and investment knowledge, along with that element of professionalism and being catered to that comes from paying attention to every detail. They may be concerned about securing accurate and trustworthy information. They haven’t quite determined what strategy to take, and they want to be really well taken care of during every step of the process. They also want to avoid making a bad investment decision.”

“That’s why we created The Market Edge Package™, a step‐by‐step process for listing or purchasing your Toronto property,” says Keriakos. “We provide you with a checklist of all of the services that you can expect to receive, as well as a lot of extras – complimentary value that we have added in order to make your experience enjoyable and stress‐free.”

“Working through our process, you will understand all the steps that you need to take. You will be getting accurate and responsive information. You will feel confident about the Toronto real estate market. You will receive the most professional market and investment advice. You will have a strategy that makes good business sense. You will be able to follow the steps in a logical and simple manner. In fact, we look forward to pampering you as we help you make that next big investment in your future.”

If you are thinking of listing or purchasing
Contact me today. I approach things differently with my clients – we can sit down and go through my complimentary Market Edge Package™ that will help assess your current situation and clarify your overall objectives/goals. 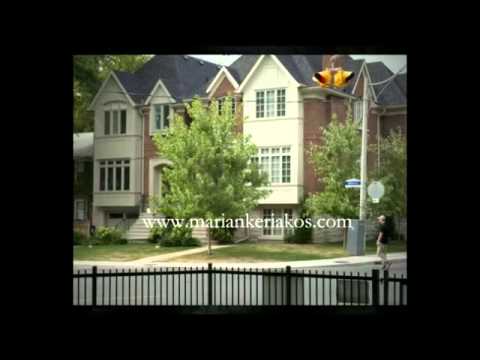 TORONTO BASEMENT RENTAL APARTMENTS – WHAT YOU NEED TO KNOW

Although second suites often take the form of basement apartments, they can be located on an upper floor, or the back part of a house. In order for a second suite to be considered legal, the following must be met:

If you’ve ever put in an offer on a property containing a second suite, you may have noticed that real estate agents frequently insert a clause stating that the “seller does not warrant the retrofit status of the basement apartment” to signify whether the basement unit is or is not fully “legal”. But in this context, the term “retrofit” only refers to fire code — one of the five requirements.

According to an article written by Toronto real estate lawyer Bob Aaron in March 2012, the provincial fire code is a subset of the Ontario building code. The building code applies only to the day the unit was constructed. Only the fire code is retroactive — and this gives rise to the term “retrofit”.

In 1994, the provincial government set new fire code rules with which all basement apartments, new and existing, must comply. A unit upgraded to comply with the fire code is called a “basement retrofit”. Compliance with the fire code involves four requirements: fire containment, means of escape, fire detection and alarms, and electrical safety. Once a unit has been inspected and any deficiencies corrected, the fire department will issue a retrofit certificate to verify compliance.

But a unit that has been fully retrofitted may still not comply with zoning, building code and other requirements.

Identifying whether a municipality’s bylaws permit basement apartments is also important when buying a house with a basement unit.

The building code, which prescribes minimum requirements for the construction of buildings, for the most part, applies only to the day the house was built, and not retroactively.

Electrical safety refers to the required inspection by the Electrical Safety Authority.

Buyers of houses with basement rental apartments should do their due diligence to investigate whether the unit does or does not comply with the fire code, building code, electrical safety requirements and municipal zoning by-laws.

If you’d like to speak with me about Toronto basement rental apartments, or second suites, please fill out the form below and I will connect with you shortly.